Our RE topic has been ‘What is it like to be a Muslim in Sheffield?’ so to finish off the topic, we visited the Medina Mosque in Sheffield. 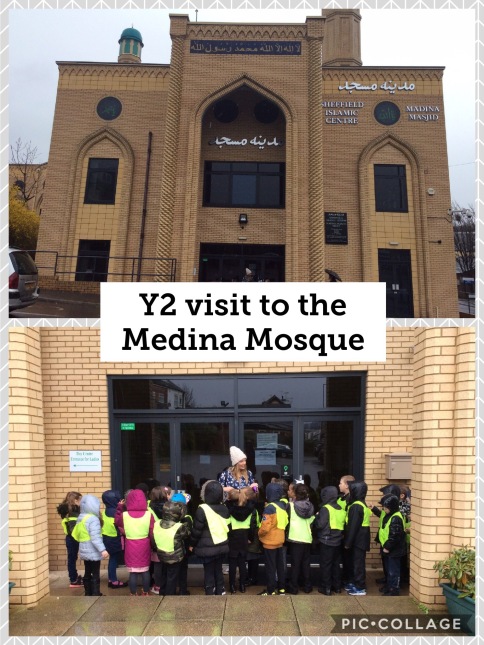 Although we had seen lots of pictures and photographs in the classroom, we were excited to see what it actually looked like for ourselves.

After we had taken our shoes off and placed them on the show rack, we were taken into a special room called The Wudu washing room. Muslims make sure that they are completely clean before they enter the prayer room as a sign of respect to Allah. We were shown how a Muslim follows the riutal of Wudu.

Next we were taken inside the prayer room of the Mosque and shown the different features of it. Muslims pray at different times of the day so we saw lots of clocks with different times to show when the next prayer time was. 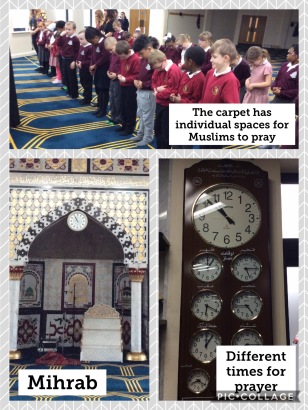 We had a brilliant time at the Medina Mosque and we would like to say a very special thank you for showing us around. Thank you to our parent helpers to supporting us on the visit.

One thought on “Y2 trip to the Medina Mosque”

The greatest WordPress.com site in all the land!

We are Year 1 Jet Class from Prince Edward Primary School